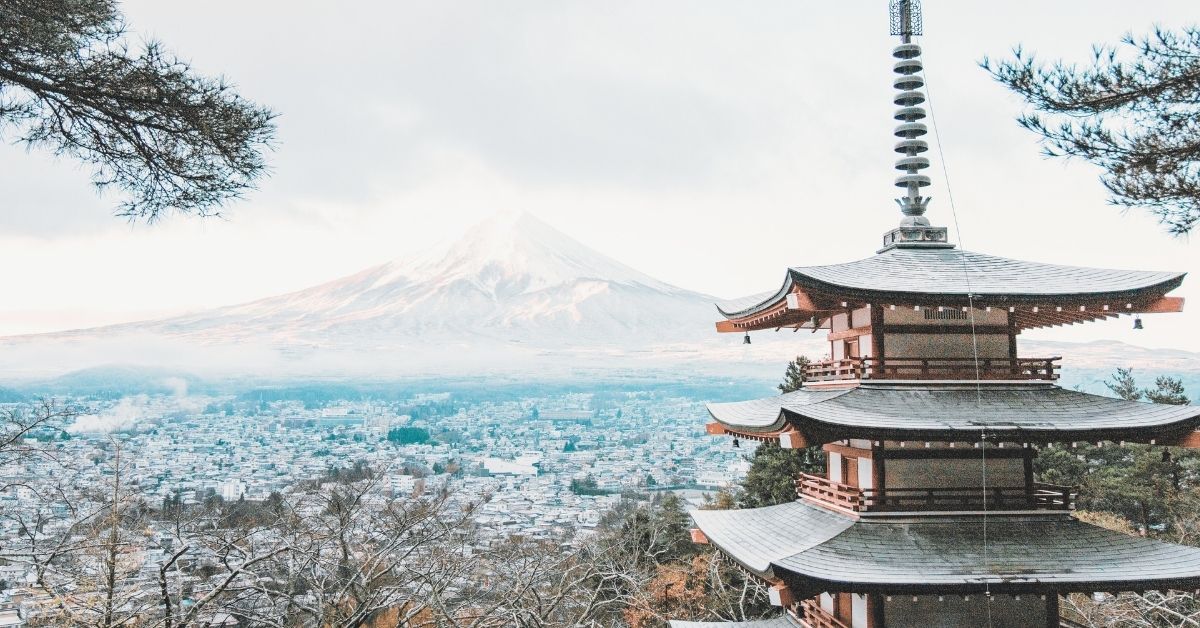 Hi dear reader! So happy to write and share what I’ve learned while traveling in Japan!

I’ve been focused on my studies lately and I really missed this blog. So here I am again, sharing some life lessons I learned in Japan (summer 2018) ☀

With this article, I really want to emphasize how traveling can offer a wealth of learning opportunities if you stay open and amazed by diversity!

So let’s jump into it, and I hope my stories and experiences will broaden your horizons 😉

Disclaimer: in this article, I used many time the phrase “Japanese people”, but by no means, I want to stereotype or generalize. Each Japanese is different, has different attitudes and values. It’s a way for me to speak about the tendencies I noticed in Japan. Thanks for understanding 😉 (if you have an idea for a better synonym, please tell me!)

One of my best experience in Japan:

I was looking for the Airbnb apartment I booked, but I only had the address and no photos of the outside, only the photo of a bike.

So when I saw a similar bike next to a house, I thought it was the right place, and I opened the gate, crossed the garden, entered the house, took off my shoes, started walking inside and finally realized that something felt wrong!

When I saw photos hanging of a family and someone snoring in one of the rooms, I understood that it was the wrong place and I just broke into someone’s house!!

hopefully, I found at the end the right place by asking someone in the street, but I really felt ashamed and bad about it! I’ve later heard that it was very common in Japan to let the house open because they are very trustful.

It really contrasts with people in my neighborhood in France who bought a fierce watchdog to make sure there is no thief.

It really made me think about what is security: it is no absolute. It’s up to you to choose to live in fear or not. Why not choose trust and spread it in the world?

Note: I’ve just read this morning that according to some studies, trusting your surrounding would be one of the most important elements for happiness. Interesting…

In Japan, being quiet and embracing silence is a sign of respect for people around you, there’s nothing to be embarrassed about! Whereas in Western culture, we can have the tendency to speak very quickly or even cut the end of the other’s sentence, often to avoid this “embarrassing” silence.

Similarly, it’s very common to see Japanese people enjoying activities alone (enjoyment parc, restaurant…). Whereas in Paris (in my case), the majority seem to be embarrassed to go to a restaurant alone. It’s hard to bear silence while all the people around you are in a group.

For example, I once was going to have lunch by myself to taste the new recipe of a restaurant I like, and when my mother heard I was going alone she claimed “are you sure you don’t want to invite anyone? It’s sad alone!”, and I think it’s a good sum-up of the western idea I am depicting here.

You should not be afraid of being judged. Spending time with only yourself is totally okay and a great experience! You don’t depend on anyone to do things you love!

3) Not do things by half, including generosity

I had to ask for help many times, mainly for directions because the address system in Japan was not clear for me! The majority of the time I asked for a place, the Japanese people offered to accompany me to the destination! And sometimes, I didn’t even have to ask because some Japanese saw that I looked lost and asked me if I needed any help!

Another example is when I was in a supermarket, looking for a vegan dinner. To make it easier and quicker, I simply asked one employee if there was anything vegan around. He looked very panicked and ask one of his colleagues for help. Then they both start roaming all over the shop for maybe 15 minutes (and I’m not exaggerating, they really took lots of their time just for me!) and at the end, one of the employees brought me a shopping cart with all ingredients to make a Japanese vegan recipe based on tofu. I felt at the same time so grateful and embarrassed because of the time and energy they dedicated to me!

4) Food is a blessing, we have to acknowledge it and be grateful

Indeed, Japanese people say “Itadakimasu” before starting eating and end up with “Gochisamadeshita”.

“Itadakimasu comes from Japan’s roots in Buddhism, which teaches respect for all living things. This thinking extends to mealtime in the form of thanks to the plants, animals, farmers, hunters, chefs, and everything that went into the meal.

The heart of the itadakimasu ritual is one of gratitude and reflection, even if only for a moment. In this light, starting a meal with “itadakimasu” implies you’ll finish all of it.” (source)

As a Japanese language learner, I realized while traveling in Japan how daily Japanese phrases shaped relationships, interactions, and ways of thinking.

For example, if you affirm something like “I tell you that 1+2=5”, instead of saying “no, you’re wrong”, I believe Japanese people would rather answer “Chigau!” which is the same phrase we they use to mean “It’s different!” or “I think it’s not like that!”.

With these phrases, they do not pretend that what they think is universal or superior to your thinking. They acknowledge that they are many truths for each perspective.

Imagine being at school, when teachers ask you a question, would you prefer them to answer “no you’re wrong” or “no, it’s different”?

Bonus: I’ve read that the Japanese architect Toshinori Esumi thinks that the kindness and hospitality of the Japanese are born of their open houses. They don’t have many walls inside and allow the energy flow!

I just wanted to share it with you, because I find it interesting to realize that not only languages but also our own living place shapes how we interact with the world!

6) Selflessness: Be aware of your surroundings and respect it

Japanese people are very careful to keep things clean, they respect their surroundings and understand they are not alone. Each one of our activities as a consequence! Whether it’s about not throwing thrashes away, the smoking-only areas, or to keep being quiet while commuting to not disturb others… They think collectively, and it feels good.

7) Freeing the human body of others judgments: No more modesty, no more complex

Whether it’s the public baths, the changing rooms of the pool, the Japanese are naked in front of others. For many foreigners, it can be difficult! But in the end, I think it makes us, humans, feel closer and more bonded with each other.

For me, it was the first time I was naked in an onsen (public hot baths) with other people. Strangely I felt comfortable and free! I even forgot that I was naked haha!

8) Prevention is better than cure

For several days in a row, I heard every morning an alarm in the neighborhood with an announcement. I was still sleeping when the announcement was spread. It woke me up each time because I didn’t know if it whether it was an earthquake alarm or not! With time, I finally could recognize some words and understand what it was about. An alarm to prevent the danger of heatwaves!

Another example, about bus drivers. When they are about to turn, they tell it out loud! They make sure we are stable and grabbing something. I was really surprised because I never saw this in Paris!

In other words, it is a great reminder to make sure we do things in a secure way. Don’t forget to prevent accidents that could happen around us.

One funny thing I enjoy discovering was the Japanese toilet and its different options. But one, in particular, caught my attention: the button to hide the sound while peeing. And I could hear a lot of people using it in public facilities!

On the other hand, they do not consider sniffing in public as a bad manner (on the contrary, blowing your nose in public would be considered inappropriate)!

I say that because in my case/culture it’s exactly the opposite! (the sound while peeing is not a big deal for me)

So the lesson here is to make sure to be aware of cultural differences to not offend people, and also to be aware that there is no truth, no absolute, no culture is more right or more wrong.

10) Integrity: what you own is enough

A story that happens often with people visiting Japan (which ends up always the same): if you forgot or drop your stuff, don’t worry that you will find it again. I’ve never heard of robbery or stolen things in Japan! Of course, I don’t say it can’t happen, but -as a girl living in Paris-, I find it really rare.

For example, a friend of mine forgot her bag at a Starbuck, with inside her money, passport, official paper… Hopefully, she finally noticed it 4 hours later: she went back to the Starbuck, and although the restaurant was crowded, nobody sat at the table with the bag on it, and nobody touched it!

You can withdraw several conclusion with this story, but I thought I would be interesting to link it with integrity: your owning are good enough, you don’t need to rob them from others.

11) What is done now is no longer to be done

Another thing that Japanese people tend to care about, is the correct sorting of garbage cans (which is a very good thing!).

From my perspective, we are not educated very well on this topic in France, and the laws are not very tough on it. In the street of Paris for example, we have most of the time only one garbage can for every kind of waste.

But in Japan, it’s really important and is considered like the “basis”. They do not even complain about it because it’s considered normal. So they just do it directly, without even thinking about it.

Whereas, I know many people in my surrounding that consider it as an annoying chore and would like to avoid it at all costs. So they sometimes postpone it or put everything in the same bin.

Once again, they think collective. But it also reminds us to shift our perspectives and to rethink our “chores” and our definition of what is “annoying”. It invites us to think about the reason why we have to do certain things. What if nobody did it as well? How would the world look like?

Thanks for reading, I hope you learned something!

If you liked it, let me know! I’m thinking about doing the same with every country I’ve been too (fortunately I always take note about new things of my travels haha)

Do you prefer the next one of this series to be about Bolivia or Iceland? 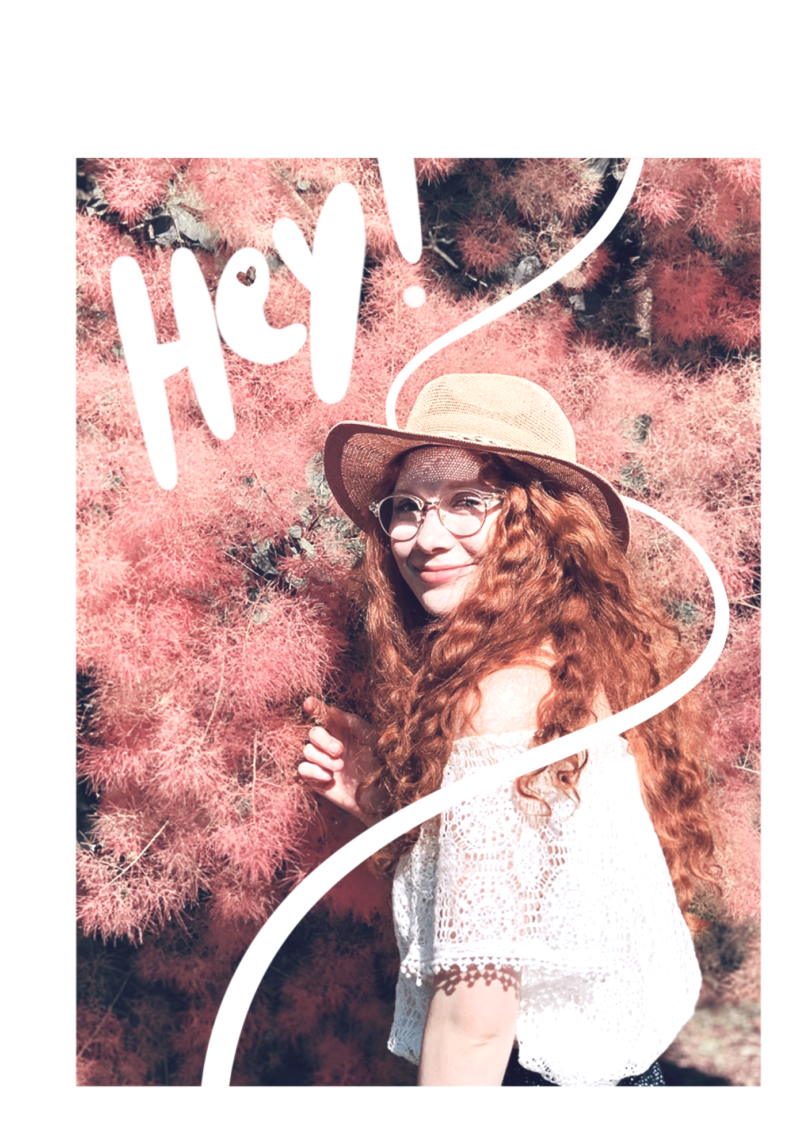 Here, it’s all about sharing life experiences + reflections on how to evolve, while having an impact and connecting with the world!

Iceland Life Lessons: What I learned from Nature

Eco-Friendly Quiz: Do you REALLY respect the environment? 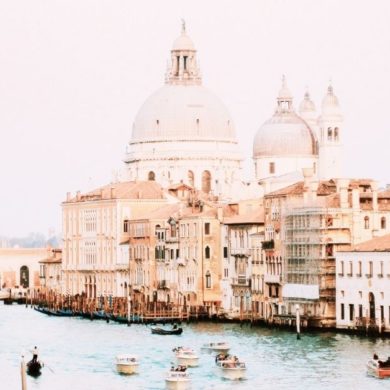